The Business of Art is the Art of Business

In October 2019, the founders of Art-Agency Hammond did look back on 40 creative and entrepreneurial years in art business with the opening of their Private Museum in Dover which houses their Private Collection of art. 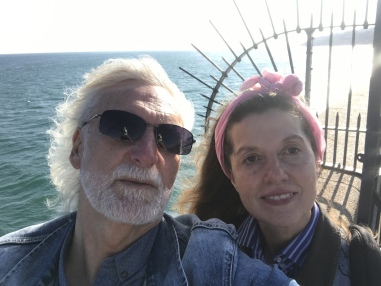 Over forty years ago, on the 6th of October 1979, Renate and John Hammond opened their Galerie am Theater in Fürth, Bavaria (Germany). Since then, the couple have made a name for themselves as international art curators.

Renate Hammond graduated as a painter from the Academy of Fine Arts in Nuremberg. Since 1983, she has been a practising artist with numerous solo and group exhibitions.

John Hammond had worked for ten years as an advertising photographer, in his hometown of London, until he became an art consultant.

The Hammonds were the co-founders of the art society Spielraum für Kunst e.V. in Fürth, in 1990. In 1993 they founded the Art-Agency Hammond an agency for art cosultancy and culture management in Fürth, Bavaria.

Together, they organised outstanding art exhibition projects in cooperation with the towns of Nuremberg and Fürth, including Dennis Hopper’s solo show, in connection with the regional art festival Facing America (1992) or “Aufbruch – Moderne Afrikanische Kunst” (1996), the first Africa festival in the area.

From 1995 until 2002, as part of their work as art consultants, they co-managed Gallery ZAK (Gallery for Contemporary African Art, featuring the collection of Dr. Bernd Kleine-Gunk) in Fürth.

For many years, the Art-Agency Hammond has been organising art exhibition projects. These projects have specifically mapped out concepts and occur regularly in locations such as the Stadttheater, the Sparkasse and the Klinikum.

Information about present art exhibitions can be found under

An additional key factor of their art consulting activity is Business Art, John and Renate Hammond advice and support businesses individually, concerning the artistic design of their business premises.

In 2008, Renate Hammond founded www.roomforhumour.com, a visual arts project specialising in the representation of humour in contemporary art.

In 2019 John and Renate Hammond  celebrated forty years as curators and practising artists with the opening of their Private Museum in Dover which houses their collection of art.

The Hammond Collection evolved through purchasing works of art and gifts from artists exhibited by curators John and Renate Hammond over the last four decades, running their Galerie am Theater (1979 – 1992) and Art-Agency Hammond (since 1993).

The collection contains 650 works of art, of which over 400 are by Renate Hammond www.renatehammond.eu who is a graduate of the Academy of Fine Arts in Nuremberg.